Today was my first full day of gardening since last fall (not counting the pruning session in March). While generally happy with things in my little plot, I was reminded of a few truths for those who garden in small spaces (anything less than half an acre).

1. Never plant any shrub that suckers, no matter what sentimental associations it may have, or that it’s a native plant, or that some garden writer you admire spoke highly of it. This includes Oregon grape (Mahonia aquifolium), snowberry (Symphoricarpos albus) and the common lilac (Syringa vulgaris). It also includes the woody perennial (not quite a shrub) Phygelius (also known as Cape figwort). I have all of these, and spend several unpleasant hours every year yanking, snipping and sawing their adventurous shoots. It’s an especially unrewarding task because I know most of the shoots will re-sprout and new ones will join them. It’s too late to remedy my unfortunate plant selection decisions, however, since the original shrubs, now huge and deeply rooted, would require immense labour or dynamite (or both) to dislodge them. Beware of rampaging groundcovers as well, such as ivy and Vinca major. Even the deceptively dainty-looking Vinca minor has thuggish tendencies.

2. If your garden looks like a hopeless mess at this time of the year, do three things before you give up on it:  mow the lawn, edge the beds and cut down last year’s old stalks. This will instantly impart the look of a managed garden and motivate you to make further improvements by weeding, loosening the soil, introducing new plants and mulching. Even if the plants occupying the beds are nothing special, this treatment will make them look better. (This applies to perennial and mixed ornamental beds; vegetable gardens are another thing altogether).

3. If your garden is mainly one of tough, drought- and tree-root-tolerant perennials and shrubs along with various bulbs, don’t expect plants with more exacting requirements to do well or even survive without a lot of special attention. They are already having to put up with less than ideal growing conditions and will be no match against tough, colonizing plants such as peach-leaf bellflower, lamb’s ears, toadflax and rose campion. If you can’t provide them with a separate bed, keep an eye out for their early spring growth and make sure they aren’t overwhelmed by their robust, faster-growing companions. I say this after rescuing Thalictrum delavayi “Hewitt’s Double” and even Geum chiloense “Mrs. Bradshaw” (which isn’t generally considered a delicate thing, but is treated like one in my rooty patch). As for my blue poppies (Meconopsis), they have their own slender slice of earth to dwell in, but I wonder if it’s too close to a rather hefty magnolia. They have sprouted out quite well, all seventeen of them, so I have hopes.

Henry Mitchell said, “The life so short, the craft so long to learn. This was said about literature, but it really fits gardening better.” Very true. 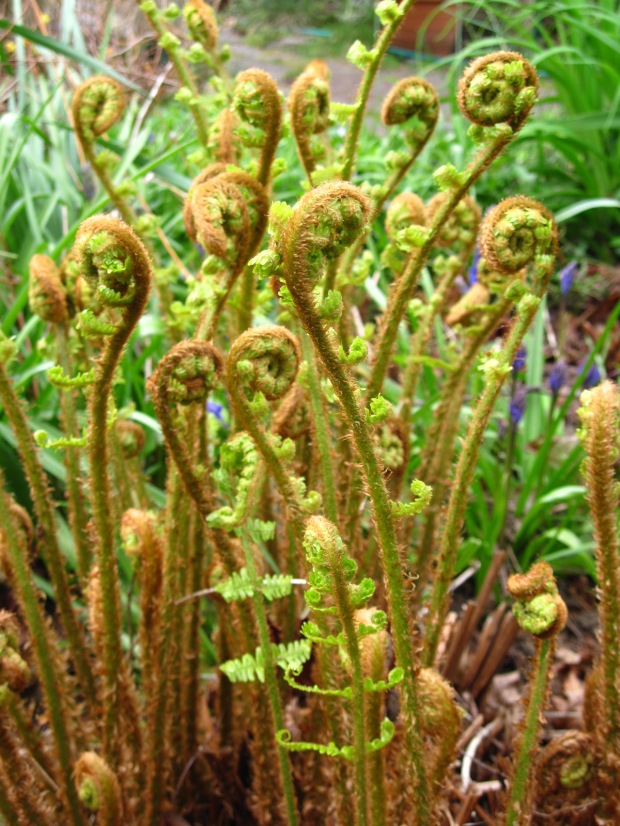