Have a close look at these two images and see if you can spot a significant difference between them. 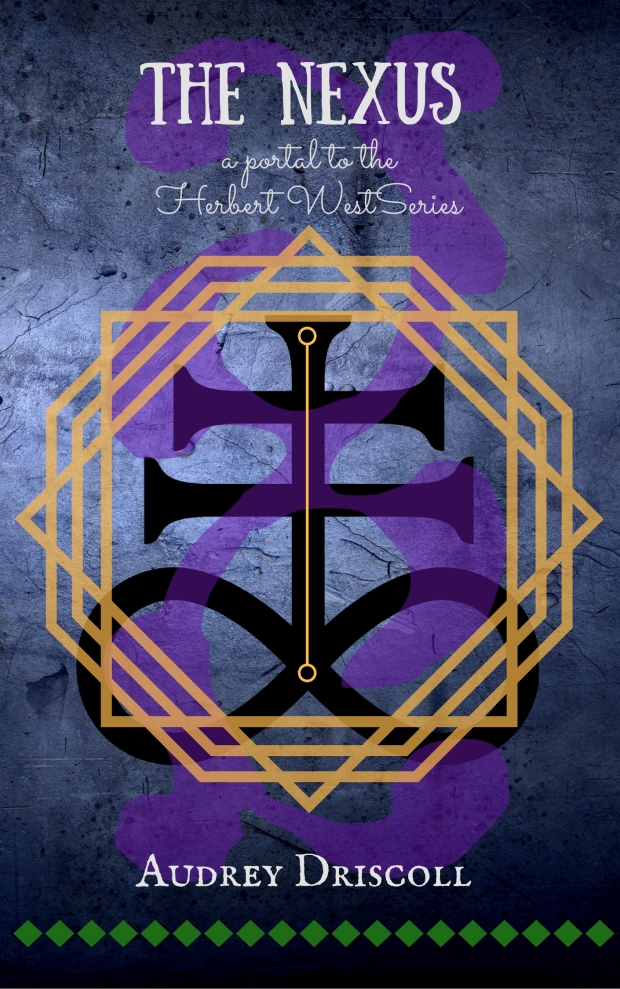 OK, the title and the author’s name are a lighter colour in #1, but that isn’t it. No, it’s the typo in the subtitle. “A portal to the Herert West Series.” A typo on a cover image! A cover image designed by the author herself, i.e., moi.

I published this short story in September — six whole months ago — and didn’t notice that error until last night, when I ran across the cover image on some website. I was admiring how all the elements worked together, when I saw it. “Herert,” not “Herbert.” I messed up the name of the main character of my series. How bad is that?

I’ve seen typos on other authors’ cover images or in their book listings, with a mixture of pity and contempt. “Look how that poor schmuck screwed up! Haste makes waste. Ha, ha!”

OK, it could have been worse; at least the typo isn’t in the actual title or the author’s name. And the font I used for the subtitle is called Sacramento, described as “a monoline, semi-connected script.” It’s pretty, but barely legible in thumbnails and other small images. At least I spelled everything correctly in the book’s listings in ebook stores. Maybe most people don’t bother to enlarge cover images and scrutinize them.

I have, of course, corrected the error and uploaded the corrected image to the relevant sites. But it takes a while for a change to trickle through the internet, and quite a few copies were downloaded before I found the mistake. Which means the flawed image is still out there, waiting to be noticed.

I did manage to find a couple of positives in this irritating little situation:

First, it’s a reminder to pay attention. Always double, triple and quadruple check the spelling of titles, subtitles, author names and any other text that appears on a cover. Whether it was designed by you, a friend or a professional designer — before you approve it, check, check, check!