I had the chance to participate in Sally Cronin’s Open House today. She provided some interesting questions, and hopefully my answers are interesting as well.

My guest today on the Open House is supernatural/paranormal author of The Herbert West Series, Audrey Driscoll. 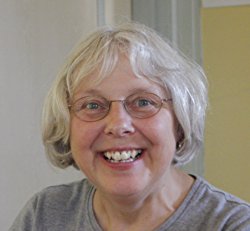 I grew up reading books, and became interested in making stories myself. I worked out scenes and bits of dialogue, and made my friends act out little dramas based on my favourite book at the time – Rudyard Kipling’s Jungle Book.

With that background, it was inevitable I would become a writer. It just took a while. After establishing a career as a librarian – first at the University of Saskatchewan and then at the Greater Victoria Public Library in British Columbia – I had a meaningful encounter with H.P. Lovecraft’s character Herbert West.

Strangely fascinated by HPL’s corpse-reanimating physician and his friend the nameless narrator, I built a set of stories around them. In 2000, I was compelled to write them down. The result was The Friendship of Mortals…