The title of the post just before this one is “Rooting,” so it’s a piece of luck that this one is appropriately titled “Roofing.” Sometimes things work out perfectly.

After twenty years, the shingles on our roof looked a bit eroded, so we arranged to have them removed and replaced. The job took about a week, and the company we hired did a fine job. So did the fellow who came afterward to install new eavestroughs and downspouts. No complaints there.

A few things for gardeners to think about before workers arrive:

After the house was roofed and downspouted, the professionals departed, and work began on re-shingling the garage. My husband was keen on doing that job himself. I didn’t share his enthusiasm, but was dragooned to assist nevertheless. So I’ve spent a good portion of the past week lugging shingles up ladders and moving said ladders from one spot to another, and then back again. A certain amount of shouting and muttering has occurred, especially following the radical pruning of a winter-blooming honeysuckle (Lonicera X purpusii or possibly Lonicera fragrantissima) that was declared an obstacle. The plant has shown a fair bit of vigor after previous prunings, as well as last winter’s icy winds, so I hope it will recover.

In the meantime, the garden carried on with spring. 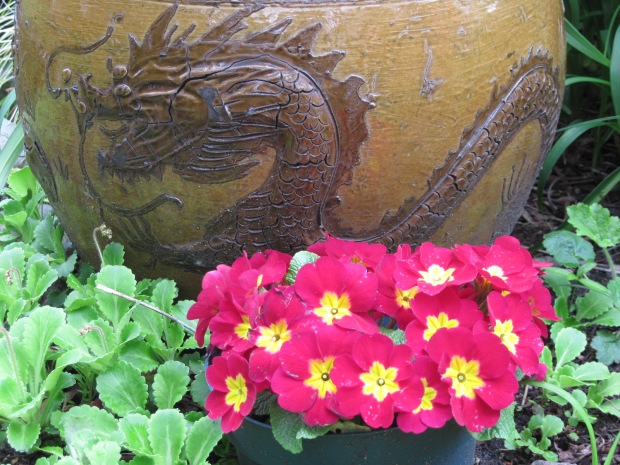 Indoors, I continue to beat out the first draft of my work-in-progress, a novel to follow the Herbert West Series. Every month since January, I have committed to my critique group to send out another 6,000 words. That self-imposed deadline has worked so far; by mid-May I expect to hit — or at least get within hailing distance of — the 30,000 word mark. I’m finding this a tough job, tougher than writing my other novels, but so far I’ve managed to keep at it. Sort of like getting the roof done, shingle by shingle. 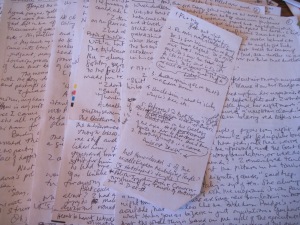